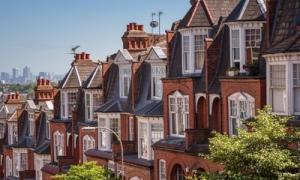 Hot on the heels of recent reports of increased activity in the housing market comes news that mortgage lending is accelerating strongly. The latest market report from the Council of Mortgage Lenders (CML) - the organisation which represents most lenders - estimates gross mortgage lending in May will total £14.7 billion.

This would be a fifth higher than April and 17% higher than a year ago, which suggests that the long-term contraction in remortgage activity may be drawing to a close. This will be welcome news to homeowners wanting to sell their existing property and move on. Signs indicate that potential buyers are now able to obtain finance more readily and are returning to the market.

Mortgage numbers highest since start of the credit crunch

The CML figures indicate around 55,000 mortgaged house purchase transactions were completed May (excluding buy-to-let deals, which have recently been averaging 6-7,000 a month). This is materially higher than the 43,000 transactions reported for April, and represents the best monthly performance since the start of the credit crunch (apart from December 2009, when the end of a stamp duty holiday distorted activity levels upwards).

It seems that lenders are now more willing to agree low deposit mortgages, with several lenders now offering reasonable rates. As a result the CML reports a discernible increase in the number of higher Loan-to-Value mortgages that are actually being completed.

A report from the Bank of England also shows that the Funding for Lending scheme and other government-backed incentives such as Newbuy and Help to Buy have been contributing to the gentle rise in demand for new homes over recent months.

Another statistic which suggests that the economic situation is improving is a fall in the number of repossession sales reported by the land registry. Their figures show that in the period from December 2012 to March 2013, repossession volumes averaged 1,357 per month. This is a substantial fall compared to the same period a year earlier, when volumes averaged 1,746 per month.

It looks a good time to buy a home. Mortgage rates are currently as low as they have ever been, and lenders are now more ready to lend to buyers who don't have large deposits. House prices are still fairly stable in most parts of the country, but there are signs that they are starting to pick up again. So it may be a good idea to buy now before prices increase further.

There are currently some good deals to be found with new-build homes. The Newbuy and Help to Buy schemes can offer help to qualifying buyers, and are well worth investigating. But as demand increases developers could find that they are able to sell all the properties they have available, and so incentives may be withdrawn.

With all the different mortgage products on the market at present, buyers can be faced with a bewildering choice. Independent mortgage brokers can advise on the options available, and will also guide buyers through the application process.

Lenders must present detailed ‘key facts illustrations' about mortgages, based on the customer's individual circumstances and in a standardised format. The format has been designed to give consumers all the important information about loans so that they can easily compare different products.

Borrowers are advised get as many illustrations as they want for different mortgages before deciding which one to apply for. They should also make sure that they understand the key features of the product they are considering, and should look not just at the headline rate but also at other fees, product characteristics, the APR and the total cost of the mortgage.

If a mortgage product includes a favourable interest rate or some other feature for an introductory period, borrowers should consider what will happen at the end of that period. Will they be able to afford increased monthly repayments if the interest rate goes up?

When choosing a mortgage it is also worth checking whether your chosen Conveyancing Solicitor will also be able to act for your preferred lender. Many lenders have substantially reduced the number of Solicitors on their Conveyancing panels, and if your Solicitor is not on the lender's panel they will not be able to act in connection with the mortgage.

It is preferable for the same Conveyancing Solicitor to act for both buyer and lender, as this saves time and money. The firms which we work with are on the panels of most lenders, and so you should not have any problems if you arrange your Conveyancing through us.