What is a conveyancing Environmental Search?

What is a conveyancing Environmental Search? 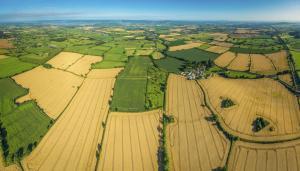 When buying a property in the UK, your conveyancing solicitor will recommend that you take out an environmental search, especially in areas where industry is known to have existed previously.

Your mortgage lender may also insist on that the buyer take out an environmental search.

Many homes are built on or near land that was previously used for industrial purposes or where manufacturing processes were carried on. In the past, factories and industrial plants were often located in the middle of residential areas. How long searches take to complete is a bit of a contentious matter, as some searches are returned in a matter of days while others take weeks to complete.

As many of these old industries no longer exist or have been relocated, there may be little evidence to show where they once were.

But the by-products caused by old industries may still be a health hazard for property owners from contamination of the ground on which a home has been built.

For example, toxic chemicals such as lead, arsenic, mercury and other heavy metals will remain in the ground and be a potential danger to occupiers, especially children.

Another potential danger to property is the existence of an old landfill site. Who knows what toxic waste may have been dumped in such a site?

Even when a home has not been built directly on an old industrial site, contamination from nearby land and pollution from rivers and watercourses can spread into nearby ground, affecting properties. Contaminated water flowing from abandoned mine workings is a continuing problem.

Who provides the search information?

A conveyancing solicitor will commission an environmental searches through one of a number of companies that maintain detailed information about previous land uses within the vicinity of a property.

They also detail current uses that may have an environmental impact, such as waste disposal plants and petrol storage facilities.

These searches will also indicate if a home is in a radon-affected area as identified by the Health Protection Agency.

Such a search will state whether the property is free of risk or whether there is a potential risk. In some cases, a further site investigation will be required. If a property is affected, it is possible the local council will require the property owner to remove the contamination, which can be extremely expensive.

One of the benefits of these searches is that the search companies provide insurance cover that will provide protection if contamination is subsequently discovered.

Why an environmental search is important to check on possible contamination

Nowadays when new homes are built on brownfield sites, the developers are usually required to carry out investigations such as soil analysis and stability reports before starting building work. If any contamination is found, or previous landfill sites revealed, the developers will then have to carry out remedial works.

But this has not always happened in the past, and many cases have been reported where homes have been built on land that has subsequently been found to be contaminated. When this happens, homeowners may face a long period of uncertainty while further investigations are carried out. The question of who pays for clearing up the site will arise and may involve lengthy and acrimonious litigation.

During that period of time, owners will have difficulty in selling their property, and it is likely the value will drop.

In a worst-case scenario, property owners could find themselves having to pay clear-up costs, which can run into millions.

In one such case, nearly 50 homes in South Yorkshire were found to have been built on the site of an old gas works. Gas used to be produced from coal, and many noxious by-products were also produced such as coal tar. This had seeped into the ground, and a subsequent environmental survey discovered many cancer-causing chemicals remaining in the ground on which the homes had been built.

Residents, especially children, were deemed to be at significant risk from contact with the soil or eating fruit and vegetables grown in their gardens. Remedial work involved removing all the contaminated soil, destroying the well-established gardens in the process.

Please quote me for...

How much are average conveyancing fees

The Government has eased some of the regulations dealing with the coronavirus (Covid-19) pandemic, which has allowed buy...

Step-by-step guide to the conveyancing p...

Confused about contracts? Dizzied by disbursements? Mystified by mortgages? Look no further than Homeward Legal’s simpli...