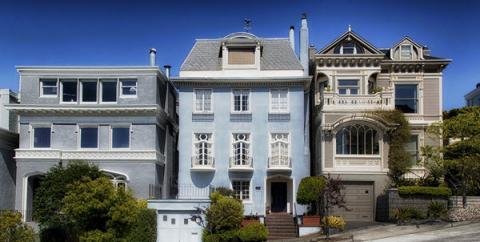 If you were buying a property, would you be worried if the property lawyer handling your conveyancing (or another solicitor in the same firm) was also acting for the seller?

At one time it was common for the same solicitor to act jointly for both buyer and seller in conveyancing transactions. Buyers who did not have their own conveyancing solicitor were frequently recommended by agents to use the seller's solicitor (because the agents might then receive a referral fee from the solicitors.)

The current professional rules for solicitors do not make separate representation compulsory. However, they do place substantial restrictions on when the same solicitor or firm can act for both buyer and seller.

Are restrictions on joint representation in conveyancing are being ignored?

Dame Janet Paraskeva, chair of the Council for Licensed Conveyancers, says she believes there is evidence of this. Dame Janet is a former chief executive of the Law Society and is therefore familiar with the work of solicitors as well as licensed conveyancers (who are also authorised to carry out conveyancing work.)

Speaking at a conference in 2015, she said: "The CLC has a clear approach about acting for both sides in a transaction. This boils down to a requirement for informed consent from both parties and effective Chinese walls between the teams within a firm who are acting for buyer and seller.

"The overriding requirement is for the practice to cease to act where there is a substantive conflict of interest. We have seen, however, instances of this freedom being abused and failure to meet our requirements.

"These are in relation, unsurprisingly, to sellers who are vulnerable for whatever reason, though that reason is generally financial. The seller finds themselves in dire straits and may feel pressured to do something that is not in their best interest.”

Not everyone will agree with Dame Janet, and there are arguments against making separate representation compulsory.

Conveyancing is not the same as litigation, and the interests of both parties essentially amount to the same thing - the seller wants to sell the property and the buyer wants to own it.

Using the same solicitor may actually speed up conveyancing

Many people, both clients and solicitors, think it is helpful for the same conveyancing solicitor to act for both seller and buyer - conveyancing might be completed faster since there is no need for letters and documents to be posted back and forth, and costs can be lower.

There are other problems with making separate representation compulsory. For instance, what happens when both buyer and seller have previously used the same solicitor's firm in other transactions and both want to use the same firm now?

What about other situations?

And what if the transaction is just for a small piece of land or other low-value transaction where both parties do not want to incur substantial legal costs?

At present the code of conduct laid down by the Solicitors Regulation Authority (SRA) states that acting for both buyer and seller on a transfer of land for value is "indicative" of a potential conflict of interest.

But it does provide that a solicitor may act for both seller and buyer if:

In practice, when a firm of solicitors agrees to act for both parties in a conveyancing transaction, they will usually arrange for a separate solicitor to work for each party. These solicitors will often work in different offices so much of the conveyancing will proceed in the same way as if separate firms were acting.

Are you ready to get started?

Why not get an instant conveyancing quote below or call Homeward Legal on to discuss your sale, purchase, remortgage or transfer of equity?