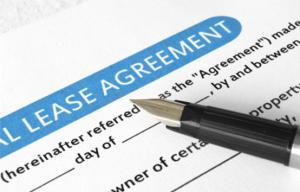 If you have owned a leasehold property for any length of time it pays to double-check the length of time remaining on your lease. Flats, apartments and maisonettes are almost always owned on a leasehold title, so if you own such a property this applies to you.

The reason to check the length of time remaining on your lease is that once this period falls below 70 years many mortgage lenders will not grant a mortgage on the property. This can seriously affect the value of the property.

Mortgage lenders have gradually increased their requirements in recent years. Ten or fifteen years ago most lenders were happy to lend on leasehold property provided that the lease still had 40 or so years unexpired.

It is rash to assume that because the lease satisfied your lender's requirements when you bought the property they will still meet a lenders' requirements today.

An owner who bought their property some time ago can now find when they want to sell or re-mortgage their property that its value has dropped alarmingly if the lease is too short to satisfy mortgage lenders.

People who have owned a flat for any period of time tend to forget that the term of their lease is gradually running out. The longer no action is taken to extend the lease the fewer the owner's options become.

Just the other day I saw a query from a flat-owner who had fallen into the classic leasehold time-trap. He had bought his property about fifteen years ago but had just woken up to the fact that with only another thirty-odd years to run on his lease he would have great difficulty in selling the property.

He had enquired about getting a lease extension, but the cost of this was prohibitive.

So he was faced with the choice of leaving things as they were, keeping the flat until he died and accepting that it would have little or no value to his children, or finding a large amount of money to pay for the term of the lease to be extended.

It is possible to sell leasehold homes with less than seventy years to run on the lease, but a buyer's choice of lenders will be severely restricted. Once the term falls below sixty years you would probably only be able to sell to a cash buyer. The shorter the outstanding term the less a buyer will be willing to pay.

To find out how long your lease has left to run you can either check with the solicitor who acted when you bought the property or obtain details of you property's title from the Land Registry.

If you find that your lease does have less than seventy years to run the wisest course of action is to consider a lease extension. In fact there are considerable financial advantages in getting an extension even if your lease still has eighty or more years left to run.

Get a free, instant conveyancing quote:

Getting a lease extension is the best option

The law now gives most leaseholders the right to obtain a 90-year extension to their lease - but at a price.

On the other hand, once the lease has been extended the value of the property will increase substantially and it will become much easier to sell.

An online lease extension calculator, such as the free to use one at Fridaysmove, will give a reasonable idea of the amount you should have to pay. However before making a formal application it is first essential to obtain a detailed valuation in accordance with the relevant legislation.

Although leaseholders generally have the right to a lease extension the process is not always straightforward. It is necessary to first check that you are entitled to an extension and then to serve the statutory notice correctly.

Notices have to be served in the correct legal form, and the penalty for failing to get the formalities correct can be having to wait two years before another attempt can be made.

Fortunately Fridaysmove can offer the services of qualified surveyors and solicitors to carry out all this work for you at reasonable cost.

Why professional advice can save you money

Don't be tempted to contact your freeholder informally for a lease extension - many have been known to offer terms which are far less attractive than those which can be obtained under the statutory provisions.

That is where getting good professional advice comes in - our surveyors and solicitors are experts in this field and will make sure that you don't pay more than you have to.

Another advantage of getting sound professional advice from the start is that freeholders are much less likely to turn awkward and try to argue about the amount payable or even contest your right to an extension altogether.

Even if this does happen you will have the benefit of experts to help with the negotiations and also if it becomes necessary to go to the tribunal that deals with contested cases.

When it comes to getting a lease extension delay costs money. So get in touch with us today and find out how quickly we can help you.

Call Homeward Legal on and we'll help you through your leasehold purchase, or get a quick quote to find out how much your conveyancing on a leasehold property would be.

Homeowners living in leasehold properties in England and Wales could save thousands thanks to leasehold reform proposals...