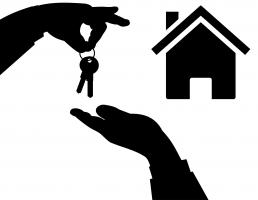 The number of new homes being built in England has almost returned to pre-financial crash levels.

In the years following the crash, new homes construction fell by almost 60 percent as lenders imposed tougher criteria on borrowers and the housing market contracted.

However, the Nationwide data paints a rosier picture of a growth in supply, boosted by an increase in the number of commercial properties being converted into residential units. Adding this type of property to the housing stock means the total number of additional homes is only 0.6 percent below the 2007 level.

Robert Gardner, the Nationwide's chief economist, said: "The 'change of use' of buildings - from shops, offices and other commercial purposes, to homes - has provided a significant boost to supply in recent years.

"The change in government policy in 2014 to grant automatic permitted development rights to convert offices into residential properties has been a major factor, accounting for around half of dwellings created via change of use since its introduction.

"In some areas, such as Nottingham and Bristol, change of use accounted for around half of homes added over the past three years."

The Nationwide says England's total housing stock has grown by 1.9 million dwellings in the last year, an 8.5 percent increase on the 2007 stock.

The south-west saw the strongest growth, along with London and the east of England. All three areas have also registered strong house price growth in the same period.

However, in the north-west and north-east, for example, house prices are still near 2007 levels and growth in supply has not been as strong as elsewhere.

Home buyers and sellers ready to make a move because they've found the perfect property for them can get their conveyancing transaction off to a flyer by talking to Homeward Legal on.

We work with a panel of expert property solicitors across England and Wales who deliver low-cost, high-quality conveyancing services promptly and efficiently.

You can get an instant quote online for bespoke conveyancing services. All our quotes come with our guarantee of no-completion, no fees, meaning you won't be out a penny if, for any reason, your transaction does not complete.