Explaining commonhold, the newest property tenure in England and Wales

Explaining commonhold, the newest property tenure in England and Wales 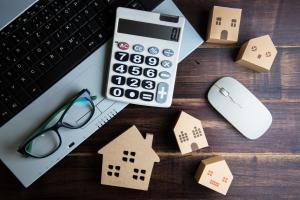 When you buy land or property in England and Wales, the type of ownership or tenure you will have falls into one of three categories: freehold, leasehold and commonhold.

Commonhold is the newest way of owning property, a type of tenure that was only introduced in the last decade or so, and one which applies to flats or apartment blocks. In fact, commonhold is very rare. It's estimated that fewer than 50 blocks of flats across England and Wales are commonhold properties.

Newbuilds the most likely candidates for commonhold

The majority of those that are now commonhold are newbuilds where the developer has signed over the land as commonhold to the flat owners. This land is registered as commonhold rather than freehold with each individual flat owner, referred to in law as a Unit Owner, having absolute ownership of their property in perpetuity.

A Commonhold or Residents' Association is established that owns and manages the shared or common parts of the property on behalf of all Unit Owners. Those common areas are likely to include hallways, car parking, landscaping, roofs and external walls.

The association will be legally established and have articles of association that each Unit Owner agrees to be bound by.

Switching your building from leasehold

While it's mainly newbuild properties that have been sold as commonhold, there is scope within the Commonhold and Leasehold Reform Act for existing blocks of flats to become commonhold.

However, that also remains a rarity in the property world. Instead the more popular way for a flat owner to leave leasehold behind is to buy a share of the whole property's freehold. Usually a group of residents unite to buy the freehold from the landlord and set up their own association that will then manage the property and its shared components.

The process by which this is done is known as Collective Enfranchisement. A minimum of 50 percent of owners in a building must agree to this process before it can go forward.

The legal status of the land will then be freehold, with each individual flat owner having a share of the freehold. However, the flat itself will remain leasehold and can only be bought and sold as leasehold. What gives residents greater power with a share of freehold is that the association of which they are a member can extend leases at any time, increasing the property's potential value on the open market while also ensuring an owner could effectively live in their own home for life.

As a shared freeholder, you are liable for maintenance and upkeep of all the common areas of the building. The association also sets the rate of ground rents, can shop around for the best maintenance deals and reduce its members' insurance costs, too.

One reason that commonhold has remained a rarity in the property market in England and Wales is because developers have no financial incentive to sell their properties as commonhold. When sold as leasehold, builders are guaranteed an annual income from each as flat owner must pay ground rent and maintenance charges for as long as the lease runs, making leasehold sales a more lucrative enterprise.

However, that is likely to change in coming months and years because the Government has banned developers from selling newbuilds as leasehold in a bid to stop leaseholders being hit with spiralling and unfair costs for ground rent and maintenance.

At Homeward Legal, we work with specialists in commonhold who have extensive knowledge in buying and selling commonhold property and in converting a building from leasehold to commonhold. Ask the experts to get the right advice on commonhold and its effect on your property. Call now for a no-obligation quote on .