Half of UK now more affordable for property than in 2007

Half of UK now more affordable for property than in 2007 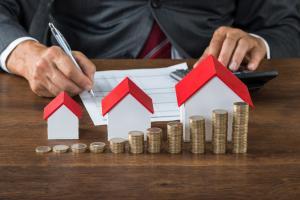 Research from the Yorkshire Building Society (YBS) has revealed that properties in more than half the local authority areas of England, Scotland and Wales are now more affordable to buy than in 2007.

However, the analysis confirms the enormous differences in affordability across the UK, which have been exacerbated since that house price peak of a decade ago, which was followed by the financial crash.

In some parts of London, the average price of a house is now more than 20 times the average wage. Similarly, the Three Rivers council area in Hertfordshire has seen houses become 61 percent less affordable to buy with average house prices standing at £519,992 (an increase of £187,101 on 2007).

According to the YBS figures, 54 percent of local authority areas, including Birmingham, Peterborough, Leeds, Harrogate and Edinburgh, are more affordable now than in 2007 because wages there have risen faster than property values in the last 10 years.

Distinct divide between north and south

Andrew McPhillips, the chief economist at YBS, said: "Unsurprisingly, the data shows that there is a distinct divide between the north and south of the country when it comes to housing affordability, but this has become even more pronounced since the financial crash.

"Across London and large swathes of southern England, which were already some of the most unaffordable parts of the country, it has become increasingly difficult for first-time buyers and those wanting to move up the housing ladder to be able to buy their first or next home.

"However, the north of England, Wales and Scotland present a different picture entirely, with many places, such as Edinburgh, Peterborough and Birmingham, becoming more affordable than they were before the credit crunch.

"While some northern cities, such as Manchester, are less affordable than they were in 2007, in much of the north of England, Scotland and Wales, the gap between earnings and house prices is around a third of the average for London."

Tracking how affordability has changed

You can use the YBS' affordability ratio map to track how affordability has changed in every local authority in England, Scotland and Wales over the 10-year period from 2007.

Whether you're buying a property or selling, Homeward Legal is here to take care of all your conveyancing requirements. Our fixed-price service means no hidden extras or unexpected costs added on. And our "no completion, no fee" guarantee ensures you won't lose out if your transaction is not completed.

Call our expert sales team on now for a free, no-obligation quote or start your property journey with an online quote.