Home ownership rises in England for first time in 13 years

Home ownership rises in England for first time in 13 years 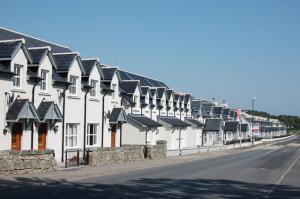 Home ownership in England has risen slightly for the first time in more than a decade. New figures from the Ministry of Housing, Communities and Local Government show there were 23.9 million dwelling houses in March 2017, an increase of 217,000 on the same month a year earlier.

And of those 23.9 million properties, 15.1 million were owner-occupied, the rest split fairly even between private rental and the social rental sector.

Housing Minister Dominic Raab said the rise, the first in 13 years, was welcome, adding: "We are restless to do more and build the homes young families, key workers and those on lower or middle incomes can afford."

Meanwhile, data from the recent English Housing Survey have been analysed in the monthly house price index from the Nationwide Building Society to examine what it calls "significant shifts in the ownership of the stock".

According to the Nationwide, in the last 20 years, the total housing stock in England has risen by 16 percent, from 20.6 million to 24 million. However, the proportion owned by private landlords has grown sharply in the last 10 years.

Private landlords own a fifth of the total stock, double what they owned in 1997. Meanwhile, social sector housing has been reduced by 2 percent over the same period.

The Nationwide examined the different types of property that make up the total housing stock.

The Nationwide report stated: "“Data from the English Housing Survey provides some interesting insights into how the mix of properties in the housing stock has changed.

"The most eye-catching development is the increase in the proportion of flats, which are popular with investors (c60 percent of flats are privately rented versus 18 percent of other property types in the privately-owned stock). Since 1996, flats have increased from 12.2 percent to 15.6 percent of the privately owned stock.

"Flats accounted for a relatively high share of newly constructed dwellings. During the period 2005 to 2008, nearly half of new completions in England were flats. While construction has shifted back towards houses in recent years, flats still accounted for c20 percent of new units last year, above their share of the stock."

Unsurprisingly, bungalows are the one property type that has become much scarcer, down from 10.7 percent of total housing stock to 8.6 percent in 2017. Once a common sight on the UK urban landscape, bungalows have become much less popular with builders in recent decades, as they look to maximise development land through terraced homes, apartments and townhouses.