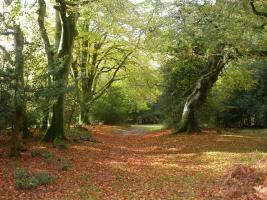 Fancy owning a home in one of the UK's national parks? Prepare to pay a premium. New data from the Nationwide building society has revealed you'll pay 22 percent more for a home that's located inside a national park - that works out at £46,000.

Even just being close by to one of "Britain's breathing spaces" can add value to a home. The Nationwide's research showed that there's a 5 percent premium on properties situated within 5km of a national park.

The New Forest is the most expensive national park to live in, while the South Downs has the highest population.

The Nationwide figures showed that 34,000 people live in the New Forest National Park where the average price of a home is £525,000. It suggests the premium paid for living there is £115,500.

There are 15 national parks across the UK. The Lake District is the most visited and also England's largest with a population of 40,100. The UK's biggest is Cairngorms and it also has the smallest number of residents at just 17,000.

The cheapest national park to buy a property in is Snowdonia, where you can purchase a home for £3157,000.

Andrew Harvey, senior economic analyst at Nationwide, said: "National parks are highly desirable areas in which to live thanks to the beautiful countryside. National parks are Britain's 'breathing spaces', and those living in the parks can make the most of the great outdoors with a range of activities on their doorstep.

"The main National Parks in England also have easy access to major employment centres. Development is also controlled, with limited new housing construction, which also helps to explain why prices tend to be relatively high."