What are Coal Mining, Brine pumping and other mining searches?

What are Coal Mining, Brine pumping and other mining searches? 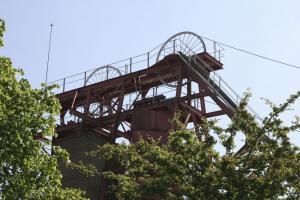 Coal Mining, Brine pumping and other mining searches are specific searches carried out on behalf of property buyers in certain parts of the UK. But what are they and what do they reveal?

Coal has been mined in many parts of England and Wales. In some areas coal-mining goes back for hundreds of years. There is often little or no visible evidence of previous mining operations, but where underground mining has taken place in the past properties may still be at risk from subsidence.

Old mine-shafts are a significant hazard for property-owners, especially when they have not been properly in-filled or capped. Cases regularly occur where owners find a large hole has opened up in their garden, where an old shaft has opened up. In some cases this has caused damage or even collapse of a building.

A coal mining search is therefore recommended for all properties on known coal-fields. This may include parts of the country which are not particularly associated with coal-mining, such as parts of Somerset and Kent.

The search will give details of known coal seams beneath the property, with details of any known mining activity in the vicinity. It will state whether there is still any risk from ground movement and whether there have been any previous claims for subsidence damage. It will also reveal if there are any records of old mine shafts or other mine entrances near a property.

The search will give details of any existing or planned opencast mining nearby, and whether any licences have been granted for future extraction.

Are you looking for a solicitor?

In parts of Cheshire salt is extracted from below ground by being dissolved in water and pumped up as brine. Where brine pumping has taken place properties can be at risk from subsidence.

A search should therefore be made for all properties within the affected areas, which will reveal details of any such brine-pumping near a property.

In Cornwall and Devon tin and other mineral ores have been mined since before Roman times. At present there are no active workings, but mines could be re-opened if this becomes economically viable. A number of companies have compiled records of old tin mines and associated workings, and a search can be carried out to find if a home is affected by any such mines.

Elsewhere many other minerals apart from coal have been worked in various parts of the country. In some areas mining goes back to pre-Roman times. Records of such workings are very sketchy, and there is no central authority which maintains details.

However some companies compiled information from various sources which may help to indicate if a property could be affected by former workings. If a property is located in an area where mineral deposits are known to exist then a search with one of these companies may be recommended.

We can help you with your purchase, if you are looking for a conveyancing solicitor.