What is compulsory purchase? 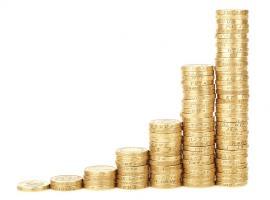 Private corporations may also be granted compulsory purchase powers by statute. (All such bodies are called ‘acquiring authorities')

Acquiring authorities have to pay compensation for property which is compulsorily purchased, and are liable to reimburse costs reasonably incurred in connection with the sale. Compulsory purchase legislation and the rules for payment of compensation are complicated, and anyone whose property is affected by a proposed scheme should consult professional surveyors and Solicitors at the earliest opportunity.

Purposes for which compulsory purchase powers may be used include:

Before it can exercise any compulsory purchase powers an acquiring authority must make a Compulsory Purchase Order (CPO) which has to be confirmed by the appropriate government Minister.

Purchasers will want to know if a property is either affected by a CPO or a scheme which could result in the property being compulsorily purchased. Conveyancing Solicitors make enquiries with the local authority and with the sellers.

Searches often reveal schemes such as nearby highway improvements or proposed tram routes which if implemented would not require the compulsory purchase of the property. In such cases buyers can decide to proceed, but should seek a surveyor's opinion as to whether the value of the property is affected.

When a property is affected by a proposed scheme but no CPO has yet been made, or the CPO has been made but not implemented, potential buyers will usually not wish to proceed. In such cases the property is said to be blighted, and the owner can require the acquiring authority to purchase it by serving a blight notice. Any owner in this position should seek professional advice from surveyors and solicitors.

We can help. If you need advice concerning a compulsory purchase, give us a call on and we'll talk you through the process.