What the general election could mean for the UK property market

What the general election could mean for the UK property market 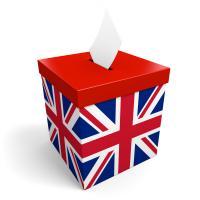 The Prime Minister's decision to call a snap general election could have far-reaching but positive consequences for the UK's property market. However, in the short term, the uncertainty over the economy and the effects of Brexit could mean many buyers put a potential purchase on hold until the election is over.

Property professionals have been reacting to Tuesday's surprise announcement from 10 Downing Street.

Lewis Johnston, of the Royal Institution for Chartered Surveyors (RICS), said Theresa May's motivation in calling a general election was clear as the Government only has a majority of 17 and the Prime Minister is looking for a stronger mandate as Brexit negotiations continue.

However, he said the uncertainty that has clouded the UK property market since the EU referendum last year is unlikely to be lifted by the prospect of Britain going to the polls again. Writing on the RICS website, he said "if anything, we are likely to see continuing deferral of major investment and hiring plans".

He added that "in the immediate term the move inevitably puts a question mark over policy and creates further uncertainty across the built environment. It is now the responsibility of all parties to set out clear policy proposals across land, property, construction and infrastructure to ensure the UK can deliver the homes, infrastructure, factories, offices and major building projects it needs to thrive."

Andrew McPhillips, chief economist of the Yorkshire Building Society, said the general election increased the chances of the housing market staying in the sluggish period it's currently going through. He said: "Home buyers who are well on the way to making a purchase have traditionally not been put off by such surprise macro events, but those only thinking about it may decide to pause."

However, Alison Platt, chief executive of Countrywide estate agents, believed the short lead-in time to the election of just seven weeks would have less effect on sales transactions. She said: "Analysis of sales transactions over the course of the last nine general elections indicates there will be a dip in activity pre-election.

"What's different here is that we don't have the same long run up to the election. The short timescale between now and the election also means that any consumer hesitancy pre-election will have less of an impact on transactions overall."

Time to make your move

If you're in the market to buy a property, now might be the ideal time to make your move. And Homeward Legal can help get you on your way with the complete conveyancing service. With one super-fast, no-obligation quote, you'll be in touch with our nationwide panel of solicitors and conveyancers. And our "no sale, no fee" guarantee gives you peace of mind that if your transaction is not completed for any reason, you won't lose a penny.

Call us now on for a fast, no-obligation quote or click here.